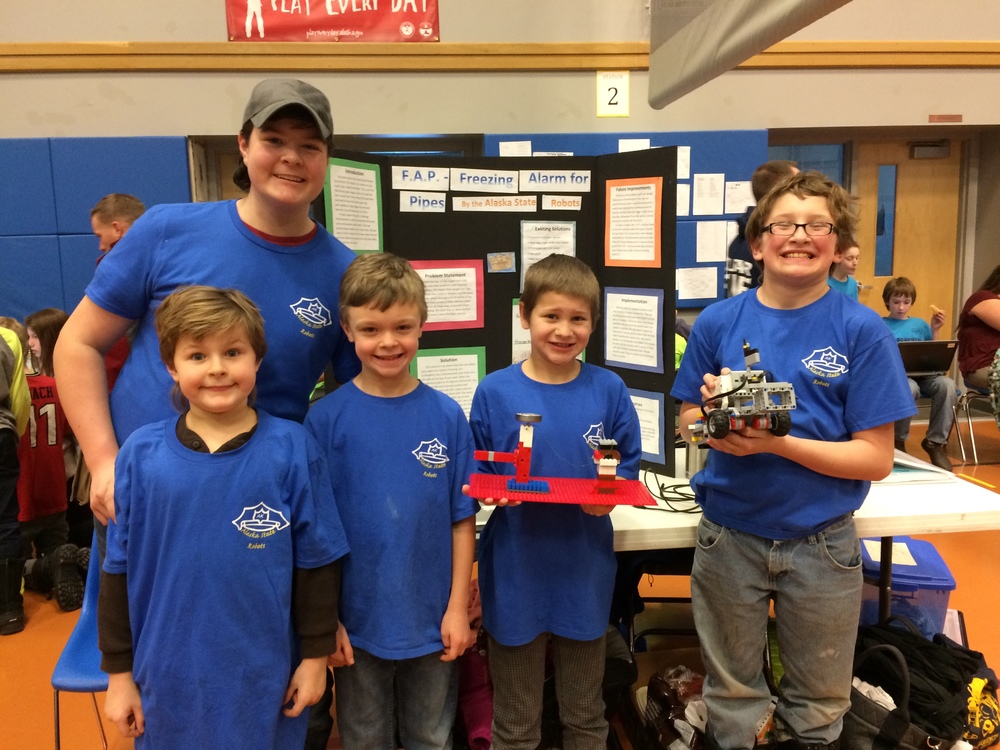 A big thank you to Samantha Nellis who volunteered at Tok School this year to host a a very successful lego robotic team, the Alaska State Robots.

The Alaska State Robot team received the judges award at the first tournament in Fairbanks because even though they faced many obstacles including traveling the farthest of all the teams, being a rookie team and dealing with missing members, they performed well and maintained a position attitude.  The judges award earned them a spot in the Alaska First Lego League Championships in Anchorage in January.  The Alaska State Robots had an excellent tournament and a great end to their first lego season. It was a huge achievement for a rookie team with a late start to make it to the state tournament and they definitely impressed while we were there. The highlights were the project presentation and their perfect robot run! 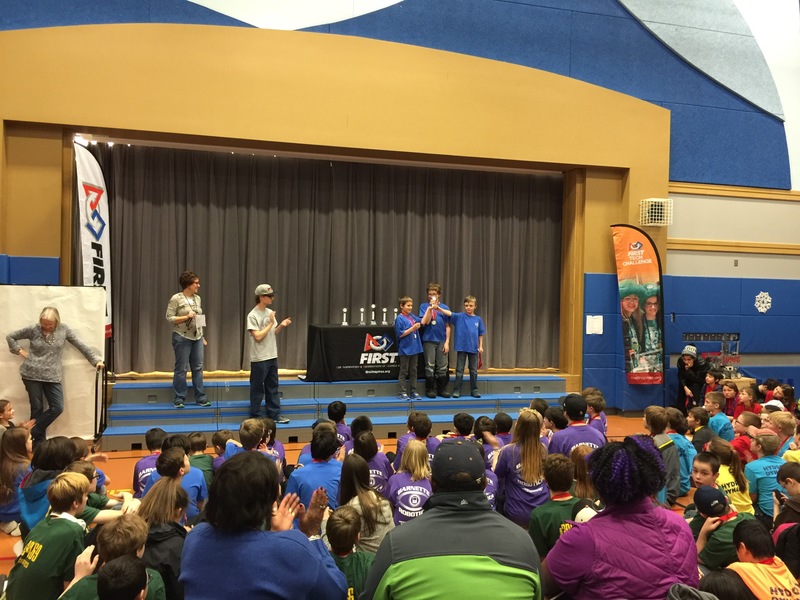