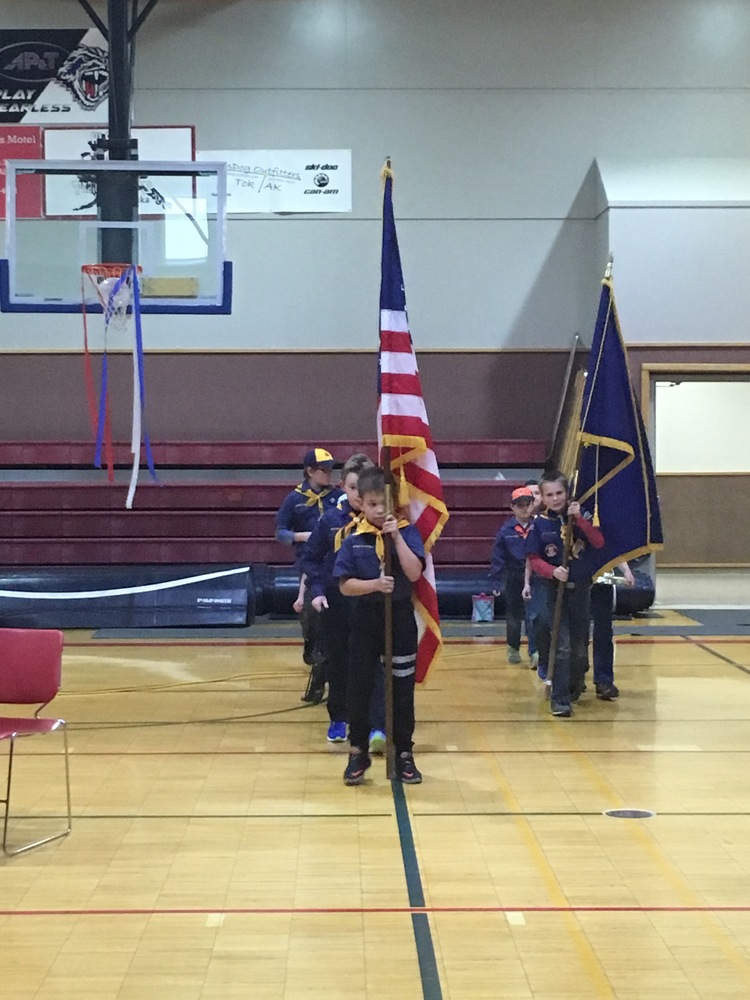 Tok School students honored Veterans this week in a school assembly.  The Cub Scout Troop 75 opened the ceremony by presenting the colors.  There were several songs by the elementary students and two poems were read.  Mr. Jim Doering was the guest speaker and spoke of his experiences in the Air Force.  Mr. Holmes conducted a roll call of Veteran's who were present and the event wrapped up with the elementary students singing the Armed Forces Medley. 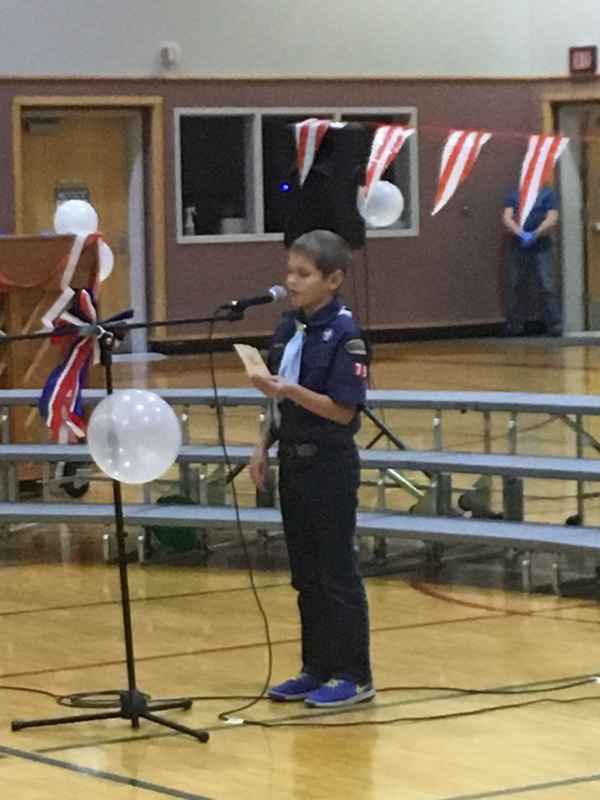 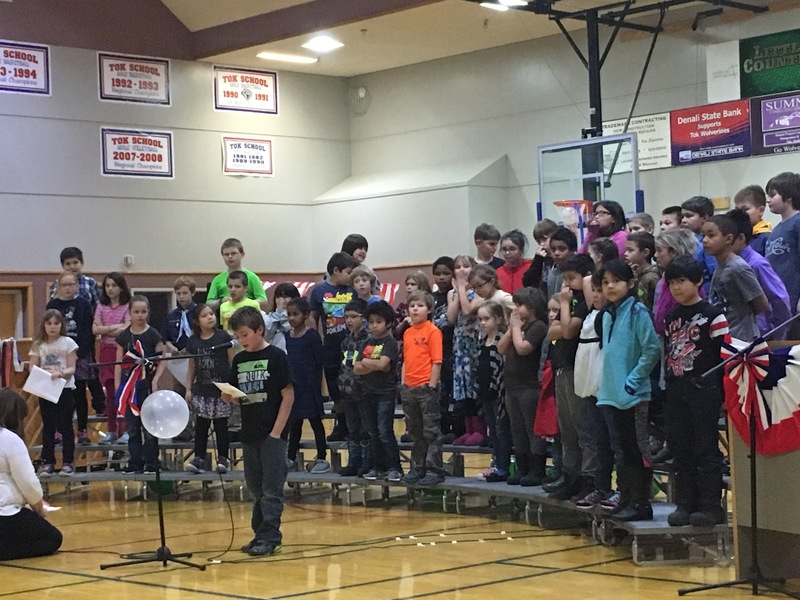 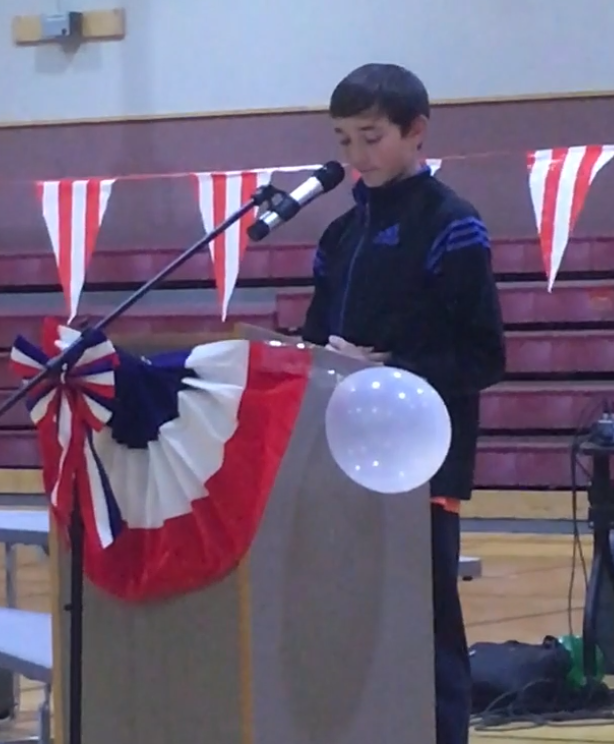