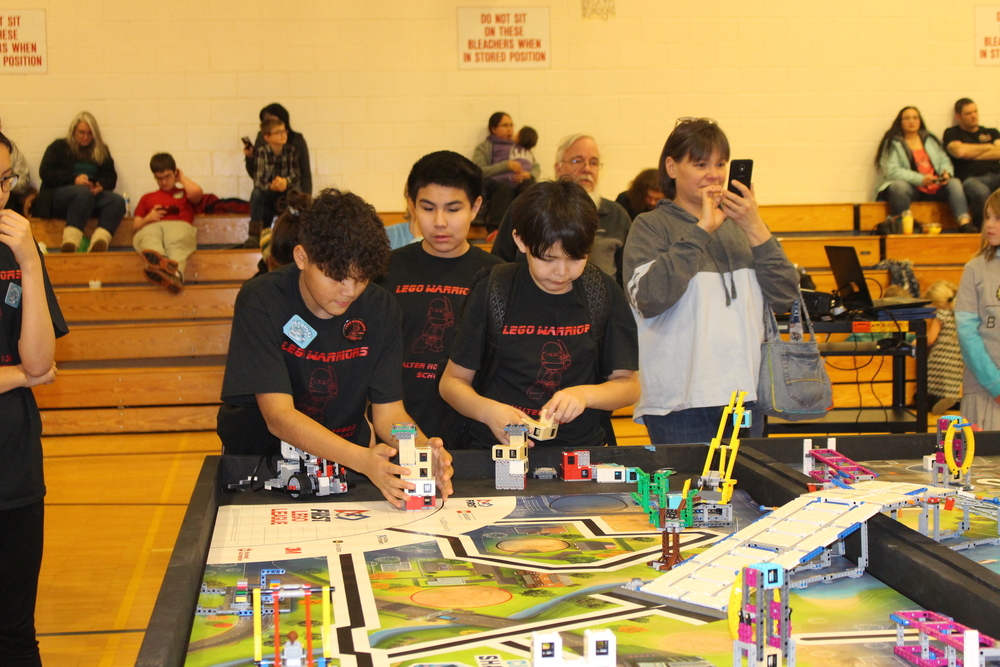 Walter Northway School is proud to announce that their First Lego robotics team brought home a trophy from attending a tournament in Fairbanks this past weekend.  The Lego warriors demonstrated their team spirit, and can do attitude as they competed with 24 other teams from across the interior of Alaska. They were awarded the judges choice trophy for their participation and focus as they competed.  Well done Lego Warriors!